The Blue Cat by Ursula Dubosarsky 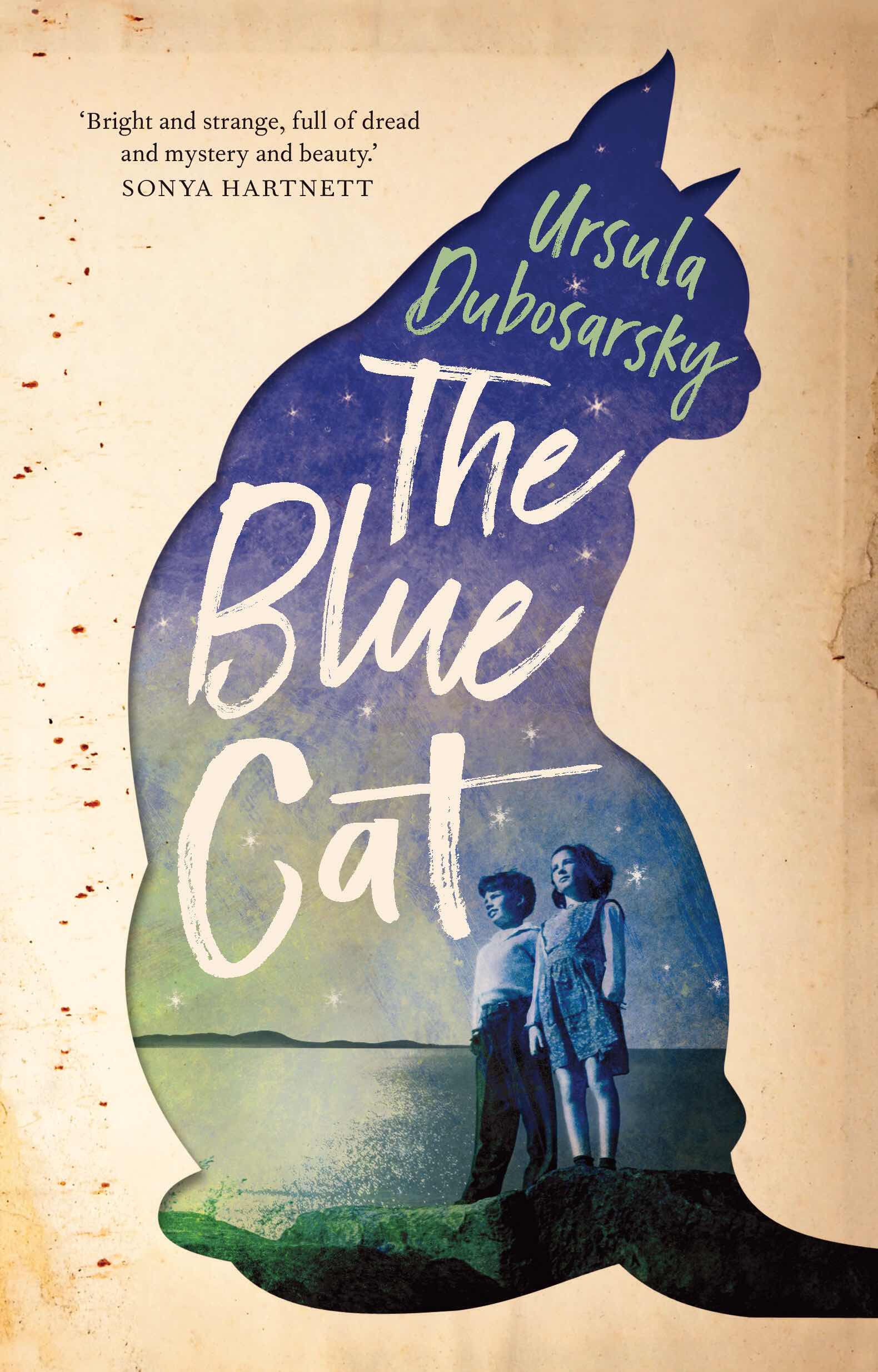 'My mother says you just have to live it and lump it,' said Hilda.
'I won't lump it,' I said.
'You have to,' said Hilda. 'That's all there is. Nothing's the same since the war. Nothing's the same any more.'
Except the sky, I thought. It was the same sky. (p 157)
A wonderful discovery
Whilst I always strongly advocate the use of real bookshops whenever possible (and preferably independent ones), I have to admit that the internet does provide some benefits for book buying. One such is that children's books published in North America, but not in the UK, are now much easier to get hold of than they used to be. Since these include many by quite wonderful authors, that has to be a great thing. Sadly, however, this accessibility does not currently apply to the same extent to Australian publications. Yet the Antipodes too have some truly outstanding children's writers. Thankfully there are exceptions to the sourcing difficulty,* but it does still mean that we miss out on some very fine children's books. For example, I think it is fair to say that Ursula Dubosarsky is very little known or read here. Yet I would place her in the very top rank of children's authors writing today. She is producing children's literature that is both groundbreaking and breathtaking - and often heartbreaking too.
Happily, her latest novel for young readers**, The Blue Cat, has just become available to those here who are prepared to seek it out - an action that I would most strongly urge you to take.
A sophisticated book for sophisticated readers
We need to be clear, though. Many of Ursula Dubrovsky's novels are great works of children's literature. This makes them something close to the children's equivalent of high quality literary fiction for adults. They are not 'airport reads'. They are not necessarily books for the many children who (understandably enough) look to reading for comforting escape, for amusing entertainment or for exciting  adventure. They are probably not books to entice reluctant readers. Although their actual language is relatively simple, and many incidents superficially quotidian,  they are actually deeply challenging in style and content.  This author throws in startling images, that would be easy to gloss past, but need instead to be savoured. Unlike Ellery!
'Ellery was sitting, reading a book. When he turned the pages, he did so quickly as though he could hardly wait for the words coming next, like gulps of food.' (p 43)
Readers need to stick with her books,  even when nothing much seems ,superficially, to be happening. They need to be able to read between lines to find the fascination, the mystery, the beauty, the tragedy and the human truth that are all indubitably there. 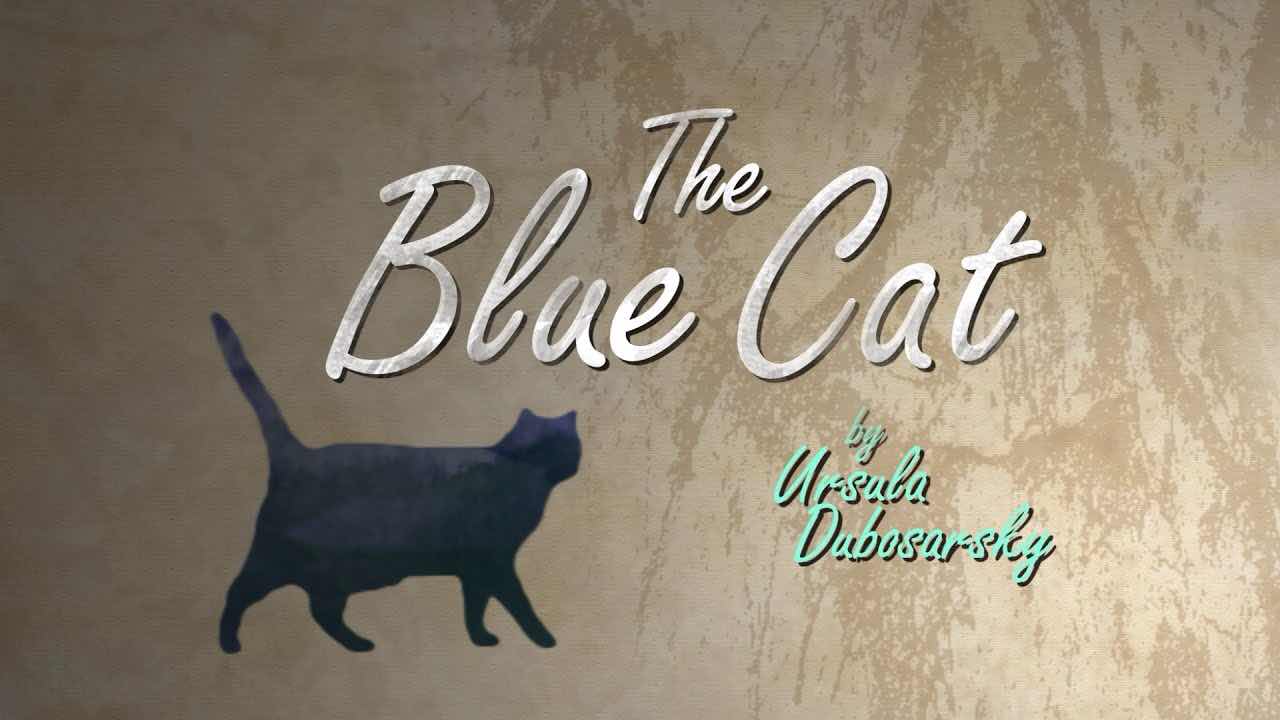 Hers are, however, books for young readers who want to be transported to other places and other times; who want to be taken right inside lives very different from their own; who possess a deep sense of empathy and who want to understand more about the world in which they are growing up, even when that understanding comes at a price. It is for children who no longer believe that all dragons can be slain by bold warriors, (or even humble Hobbits) and that 'happily ever after' is far too simplistic an ending. The Blue Cat is no exception.
The impact of war
It is set in Sydney in 1942, as the affects of  WWII impinge more an more on the lives of Australian children: many parents and older siblings go off to combat,  American forces become a familiar sight, refugees arrive from Europe, and the threat of Japanese invasion increases almost daily.  All of this is recorded principally through the eyes of of a young girl, Columba. In the hands of this author, her first person narrative catches the voice, and mind, of the child quite brilliantly. There are many things happening that Columba does not fully understand, and has to try to make sense of in her own terms, but she is also sensitive and intuitive . She feels more than she knows, and her feelings are often chillingly perceptive.
'Everyone knew the Germans were winning and soon the Japanese would arrive and we would soon be killed, but most of the time we all pretend it wasn't happening. There were only those very quiet moments - when someone, or something, laid a frozen hand on my neck.' (P 61)
Images verbal and visual
In a particular act of inspiration, Ursula Dubosarsky integrates into her text sourced images, a period picture here, an ARP notice there, 'the sort of thing Columba might have seen and read as she roamed the streets of Neutral Bay in 1942'. Remarkably, what could have been mere illustrations are absorbed into her narrative,  adding further complexity to her verbal conjurings in a way that intriguingly suspends her tale on an enigmatic cusp between history and fiction; one that speaks of truth if not of actuality.
UK readers need not fear though, that this Australian context will make it is a story our children will find distant or hard too relate to. Whilst the small differences in life and culture are fascinating, the parallels with life in wartime Britain are huge, and the book's themes universal at almost every level.
And an enigmatic cat
In many senses The Blue Cat is a novel that reveals itself backwards,  even as its story moves forwards. That is to say, its ending throws much of the book into perspective, bringing many enigmatic images into sharper focus and diving down through layers of former simplicity. Only having finished its journey do you see where it was taking you all along - although you may well wish you had not. It is a truly remarkable book, and its  climactic scene in the amusement park one of the most skilfully written pieces of utter devastation I have ever read. It captures all the soul-rending horror of the Auschwitz gas chambers whilst describing something utterly different. Few if any other writers could pull it off. In closing the author quotes a poem of Friedrich Rückert, famously used as a text for one of Gustav Mahler's Kindertotenlieder (Songs of the Death of Children). The irony of its superficial comfort is just about as distressing in this context as it is when accompanied by the music. Read it without screaming inside if you can. Is there comfort to be had? Only in the same reality as its searing tears.  We live under the same sky.
No book relating to the Second World War and its horrors has moved me more since I read the life-changing 0nce sequence, by another wonderful Australian writer, Maurice Gleitzman. Although here the horrors are only conjured obliquely, through metaphor, they are no les affecting. Neither writer is 'better', they are just very differently great. You need to read both.
The Blue Cat is not a particularly long book, but it is one that needs to be read slowly, to relish its captivating detail, to pick up its delicate nuances, and to spot the rare glimpses of the elusive blue cat amidst the seemingly commonplace experiences of a war-haunted childhood. 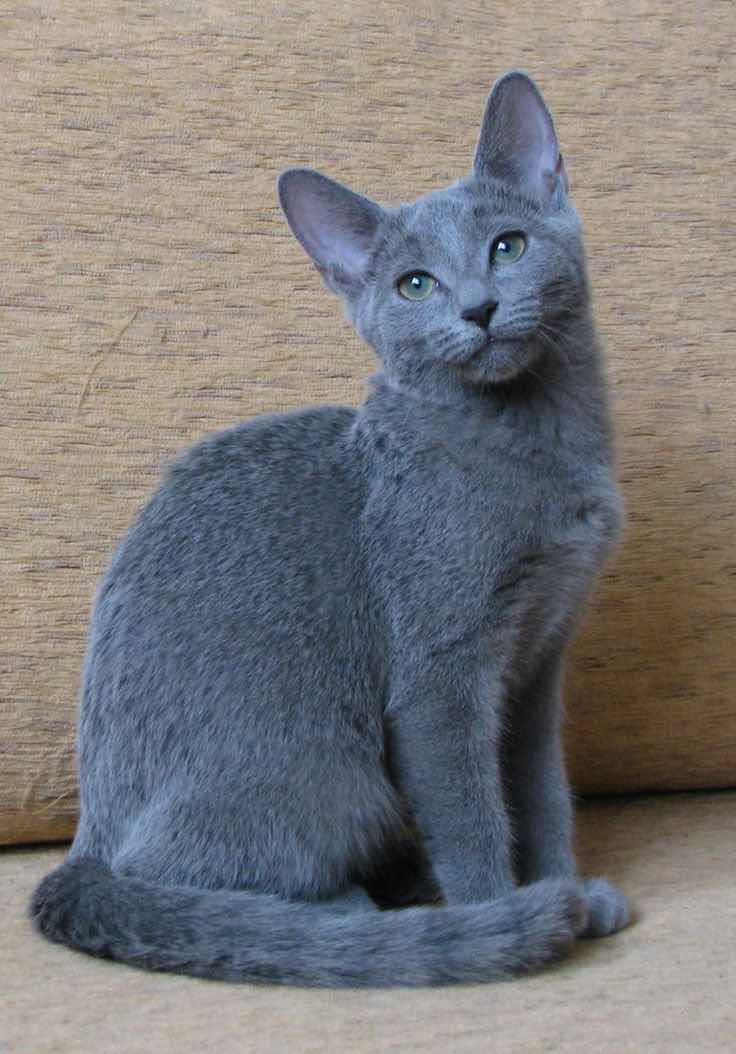 'I always imagined swimming like an eel or a platypus, down in the deep water where it was black as night. If I went even deeper I would be able to see nothing at all and it would be so cold I wouldn't feel anything either. I would forget I had a body. It would be as though I had turned into water, free and invisible.' (p 10)
This is not a book for the faint hearted. Is it, then, a book for children? Yes. But it is not perhaps a book for all children. It is a book for those who have the sensitivity to let startling images speak to their hearts rather than to their superficial understanding; for those who ponder, wonder, dread, hope, empathise and care. It is a book for those most aware that we do indeed all live under the same sky.
Also available 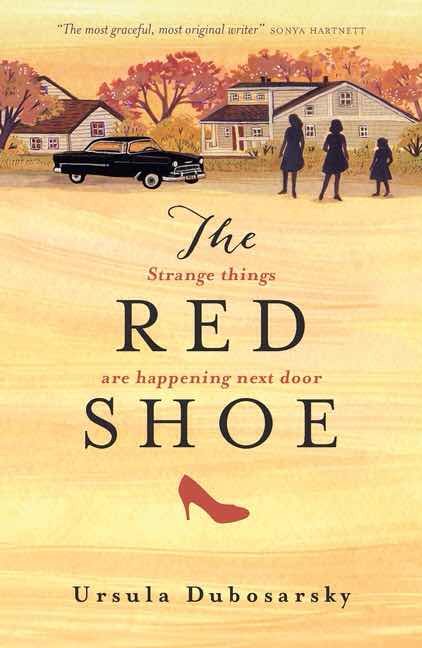 Two other novels by this author were published here only a few years back (from Walker Books, labelled 'World Voices') so should still be obtainable. The Red Shoe has to be another of the very finest works of young people's fiction, but again it is challenging in both style and content. Although written before The Blue Cat, this book has a setting that is just a little later, shortly after the end of WWII. It is the story of three sisters in a family whose life is seriously affected by a father traumatised by his recent wartime experience. It is again a superlative example of capturing the voice of a young child, her thinking, her emotions, and her completely individual way of seeing the world. Matilda, the youngest of the three sisters often sees more than she understands, yet she can be sensitive and naively honest too. She is a superlative fictional creation, and it is by reading between the lines of her observations that we begin to piece together the tragedy that underlies her quiet but intense family drama. The skilful  author remarkably shows how all this can be achieved through a third person, past tense narration. Although Matilda's remains the dominant voice, Ursula Dubosarsky sometimes subtly shifts perspective between the sisters. The whole is like a master class in writing, without being in the least dry or didactic.
Once again there is an oh-so-clever, indeed a truly mind-expanding, blending of her imagined narrative with snippets of 'found' actual material, this time extracts from the Sydney newspapers of the period. They add yet more depths to a fiction that already comprises more layers than an onion. Once again the denouement of the fiction is devastatingly shocking, but this time it is followed by a more comforting resolution - thank goodness. The whole is a true masterpiece and emphatically not to be missed.
And more awaits
In the same series from Walker Books is also The Golden Day. I haven't read that one yet, but hope to do so very soon, along with as many of her other books as I can get my hands on.
Note:
*International blockbuster authors like Garth Nix and John Flanagan are, of course easily found, and thankfully a some very fine writers like Karen Foxlee have secured UK (and US) publication.
**Perhaps age 11-14ish, broadly speaking. She has also written many picture books and stories for younger children, as well as non-fiction about language itself.
Posted by Gordon Askew at 00:50