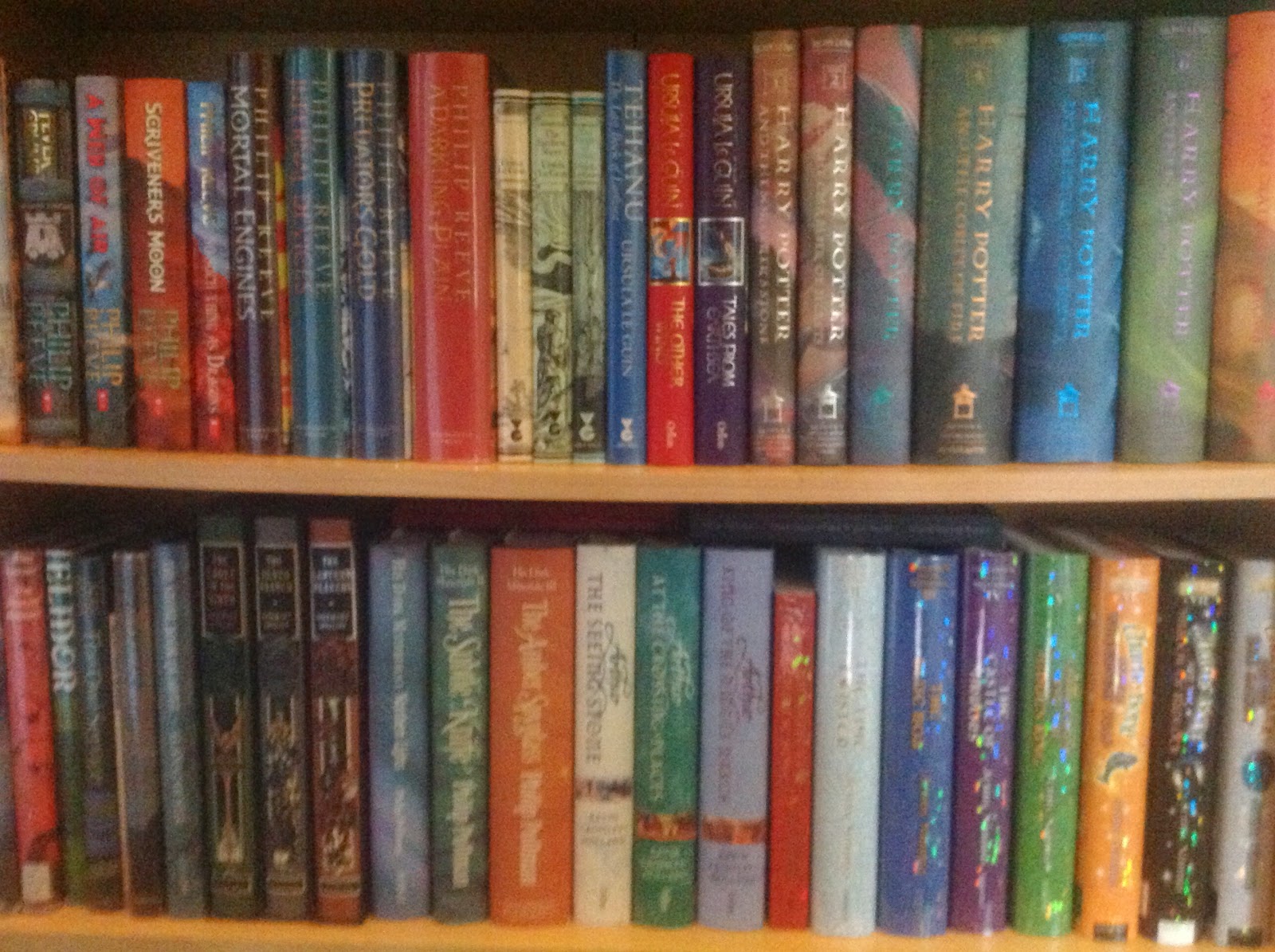 The last half of the twentieth century witnessed the publication of some of the greatest creations and most remarkable innovations in children's fantasy literature. Picking up the mantle of Tolkein and C S Lewis, groung-breaking early works of Alan Garner in the 60s quickly led into the richest of imaginings from the likes of Diana Wynne Jones, Susan Cooper and Ursula le Guin. (I may well be moved to write about some of these at a later date.) Together with a good many others their best books stand high amongst the greats of children's literature; enriching, life-enhancing reads for adults as well as for children, although often challenging and demanding ones too.

Then towards the end of the 90s came J K Rowling, achieving unprecedented mass popularity by the turn of the century. Whatever your views on the HP phenomenon, it affected the writing and publication of children's fiction in so many ways.

For a long time I have, sadly, feared that it sounded the death knell for really high quality magical fiction for children. Recent writers appear to have been driven by the publishers' appetite for huge sales into producing only feeble imitations of the Potter worlds or other works of lowest-common-denominator trendiness. For years now Waterstones children's sections seem to have been filled with little but interminable series fiction about teen vampires, cartoon villains or farting fairies.

Yet just recently serendipity has brought my way children's fantasies that have taken me aback with their very real quality of both writing and imagination. It has made me think again. Perhaps I have been prejudiced against recent writers in this genre and consequently missing out. So I have set out on a quest: to read as much as I can of what has been written in this genre in the twenty first century and to see if there are gems to be found as sparkling and rich as my older favourites.

Because it is potentially such an enormous task I have decided to limit myself to fiction that is primarily aimed at children in the roughly nine to fourteen age range, books that deal with magical worlds, in the wizardly, spell-casting sense. I have elected to forgoe what are basically 'adventure' stories (even ones with what might be considered a fantastical setting) or historical stories (even timeslip ones) and to keep away as far as possible from 'teen fiction' as such. Even so it leaves a great deal to read and write about and a lot that is amazingly important. This age range involves what are sometimes, slightly tweely but not insignificantly, called 'tweenagers'. And just as magic often happens on the cusp - at twilight or dawn, at the turning point of the seasons or of the year - so it is for those on the cusp of childhood and young adulthood that magic is often most potent, meaningful and powerful.

Now that I have started my quest I am feeling more and more confident that it will be a fascinating and rewarding task.

Recording my outstanding reading discoveries in this blog is going to be essentially for my own benefit, but if anyone out there wants to share in it, you are so very welcome.