The Doldrums by Nicholas Gannon 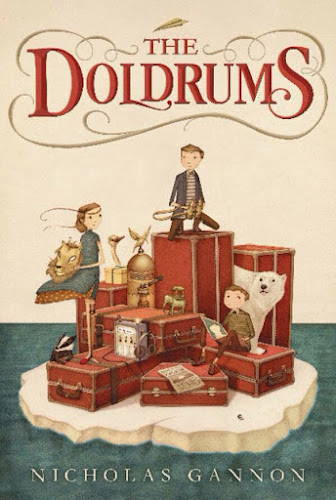 Posted with Blogsy
Posted by Gordon Askew at 11:46 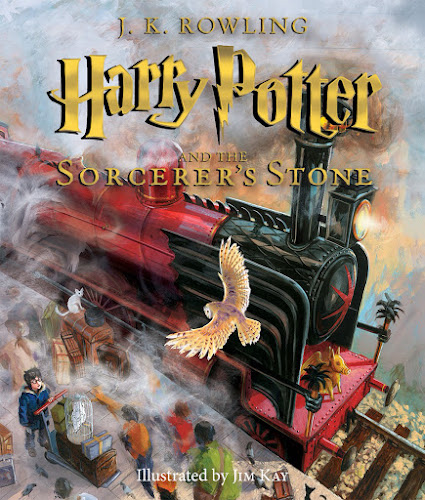 Nevertheless, were I talking to a confident, independent young reader who had not yet encountered Harry Potter as a book, I would still recommend reading a text only edition first. This volume could then provide a treasured later addition to their bookcase. However this illustrated version may well also proove a way in to the first Potter for many less confident readers, who may, as yet, be daunted by uninterrupted prose. As so it is a wonderful opportunity. Even more so, I think this new volume is possibly the ideal one for any parent, grandparent or other carer who wishes to read with their child. Spread out between the two, it would provide an attractive, accessible and marvellously rich shared experience.

Whichever way, the fact that it might encourage more new readers to this iconic text is to be most warmly welcomed. Harry is now, after all, as much a part of our culture as Caroll's Alice's or Milne's Winnie the Pooh, perhaps more so. Indeed anything which brings children into reading, and especially into reading magical fantasy, does enormous service to each individual child and to the world.

Why? Because such reading engenders imagination. And imagination is the very lifeblood of all that we are and all that we do. It is a big part of what turns existence into living. It is vital for human relationships - for establishing empathy with others - for the arts, for science, for politics, for business. It feeds the impoverished, it frees the chained, it gives sight to the blind.

Posted with Blogsy
Posted by Gordon Askew at 04:09

The Wild Swans by Jackie Morris 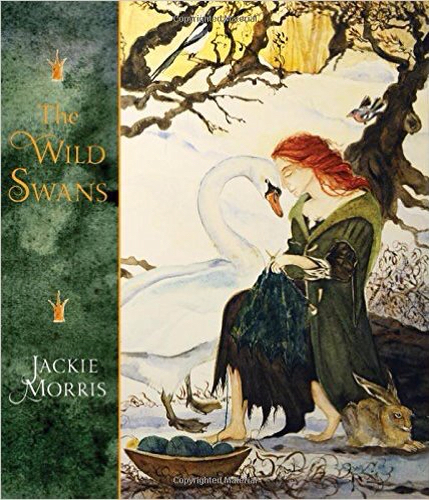 Although ravishing in several ways, this is not just a lovely book, it is an important one too. It is not just another retelling of a Fairy Story, it is far more.

Of course I already know the work of Jackie Morris as the creator of some of the most breathtakingly beautiful children's picture books, ever. I am thinking particularly of the likes of The Snow Leopard, The Ice Bear and Lord of the Forest (this last with writer Caroline Pitcher). So it is no surprise that The Wild Swans is illustrated with scenes and vignettes which are both telling and hauntingly lovely. This artist's supreme talent is for painting animals (and human faces in ultra close up) but she is also a skilful master in representing bare trees (deceptively simple but so perfectly caught) and other aspects of nature. Add to this deep resonance with the story itself and the art work emerges as truly magical.

Yet this is not quite a picture book. It is an illustrated novella. The greater emphasis is on Jackie Morris's own text - and in this case rightly so, because she can also write, quite wonderfully, and her reimagining of this Fairy Tale makes the book far more that just its illustration.

Of course Fairy Tale is so important in itself. Along with mythology, which delves even deeper, Fairy Tales are part of the tap root of contemporary children's fantasy.*

Pablo Picasso is attributed as saying that 'Art is a lie that makes us realise the truth.' He was speaking of course about visual art, but his statement equally applies to the literary image, to the apt metaphore where the assertion that something is what it is not, jolts us into seeing better what it actually is. This extends very much into the tropes of Fairy Tale and thence into well written fantasy.

The contemporary representation of Fairy Tale actually covers a wide spectrum of writing. At one extreme an established story is simply retold for a modern children's audience, with appropriate language and 'simplified' concepts. At the other extreme authors take the bones of a traditional story, and reinterpret it, perhaps completely changing its context or setting. Others just use it as the starting point for new imaginings of their own or as an extended metaphor for contemporary issues. Jackie Morris's approach falls somewhere in the middle of these, but the ground to which she lays claim is a most interesting and important place.

She brings many things of her own to this older tale. One of the most striking, in her words as well as her pictures, is her knowledge of and sensitivity to the natural world. Clearly she has a deep love of nature and this glows through her many beautiful and detailed descriptions. They continually enrich the story with context and life. Over and above everything, her use of language is a constant delight. Words and phrases are chosen with consummate artistry to create a lyrical prose which is hauntingly beautiful (and totally fitting for the genre) without ever being precious or flowery. Children's own writing, as well as their reading experience, will potentially be much enriched through encounter with such a fine model of its type; writing which does what writing should, communicate vividly, but also richly and beautifully. Anyone looking for a good example of this should read the description of the colours of the sea in the middle paragraph of page 96. Masterly.

Jackie Morris maintains much of the feel of the tale from which she works, together with a range of the archetypal tropes of its genre, but, perhaps most importantly of all, endows and develops its characters with authentically human thoughts, feelings and motivations. She adds doubt to the certainty of even the best intentions, allows understanding of the human beings behind magical malevolence and introduces poignancy to her outcomes, which are not blandly 'happy ever after' for all. To the considerable beauty of her prose she adds humanity and in this way she subtly but surely builds a bridge for her young readers between the images and events of Fairy Tale and their own world, their own selves; between fantasy and reality.

It is a remarkable achievement and will greatly extended and enrich children's literary experience.

(Her earlier East of the Sun, West of the Moon, to which this now forms a companion volume, is equally worth seeking out.)

*Probaby all fantasy, but this blog happens to be about children's books.

Posted with Blogsy
Posted by Gordon Askew at 04:24