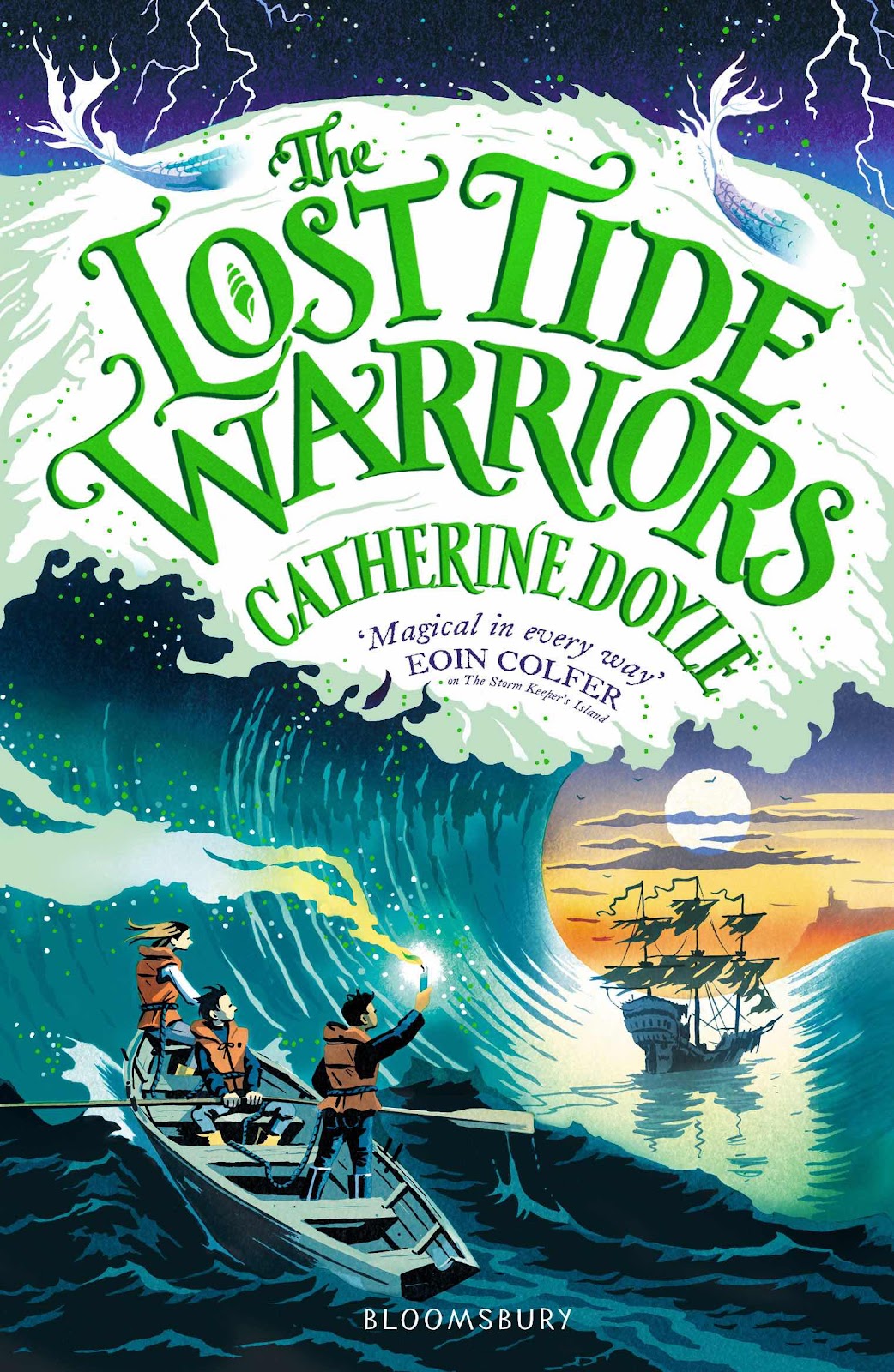 Cover: Bill Bragg
‘It was always a storm.’  (p 194)
Now number two
I warmly welcomed the first in this series, The Storm Keeper’s Island, as one of the most original and exciting of recent children’s fantasies, and it easily made it onto my list of Children’s Books of the Year for 2018. (See posts from July and December, 2018.)
This follow-up does not disappoint in any way. In fact, it builds most thrillingly on all the promise of its opener. Catherine Doyle most successfully combines four ingredients. Primarily her setting on the remote island of Arranmore off the Atlantic coast of Ireland has a completely authentic feel in terms of both landscape and people. The sea, which plays a prominent role in this story, is an ever powerful presence and the inhabitants who live under the influence of its bounty and its dangers, its waves and its storms, are a vividly drawn group of families. Credibly for such a small, isolated community they exhibit both longstanding loyalties and equally in-bred rivalries. Against these, the three friends, Fionn, Sam and Shelby, who are the book’s protagonists make for ready empathy and compulsive reading. Their various  interactions are not without humour too, and, in fact, Chapter 10, where the ‘Third Musketeer’ rejoins the other two after enforced absence on the mainland, is one of the most entertainingly amusing I have read for some time.
Storms and candles
Into this context the author has dropped  her own very original fantasy concept, where storms and other weathers are ‘caught’ in wax candles, which, when burned, transport the holder into different layers of Arranmore time. These phenomena, and other magical powers for the defence of the island, are in the control of the ‘Storm Keeper’, a role that in the previous volume fell to young Fionn These promising plot devices are mesmerisingly exploited in this sequel. To come up with original magic ideas for a new children’s book sequence is quite a feat, and Catherine Doyle’s candle magic is a triumph of invention, different, yet convincingly compelling.
Under and around this, the author ties her tale in to the resonances of Ireland’s mythic heritage by building into her drama some of the legends and ancient beliefs of her location. This allows her to weave real richness and potent threat into her narrative and build it into a furiously exciting race to to thwart the forces of  ancient malevolence.
Irish English
In some ways most powerfully of all, Catherine Doyle continues to conjure all this through often startlingly skilful and evocative language, that thrills and excites sentence after glorious sentence.
‘Dionne and Shelby stepped over the old waterline, and the smell slammed into them. It was like opening an old can of tuna and drowning in that first, pungent whiff.’  (p 193)
What is it about Irish writers and the English language?
Magical potential
Perhaps less original, yet still important, within these inventions are embedded some of the rightly timeless themes of children’s literature: friendship, loyalty, courage, and, of course, the determination to save the world from unspeakable evil. Protagonist, Fionn, is discovering in himself a power (for magic) which he has not yet mastered, and this is a frustration that will chime pertinently with many pre-adolescents, even those whose burgeoning potential is not so overtly magical,
So, what we end up with is the second part to a classic children’s fantasy adventure, moulded in the finest Alan Garner tradition, in that it draws heavily on particular place and its legends, yet refreshed in the fullest possible way, vibrant with new energy, vivid imagination and evocative language. After two such thrilling additions to the children’s fantasy canon, we can surely look forward with impatient confidence to a triumphant Part Three. The sky is already black with ravens!
Bill Bragg’s cover art is wonderfully dramatic too and will help attract numerous young readers to discover this storming read. 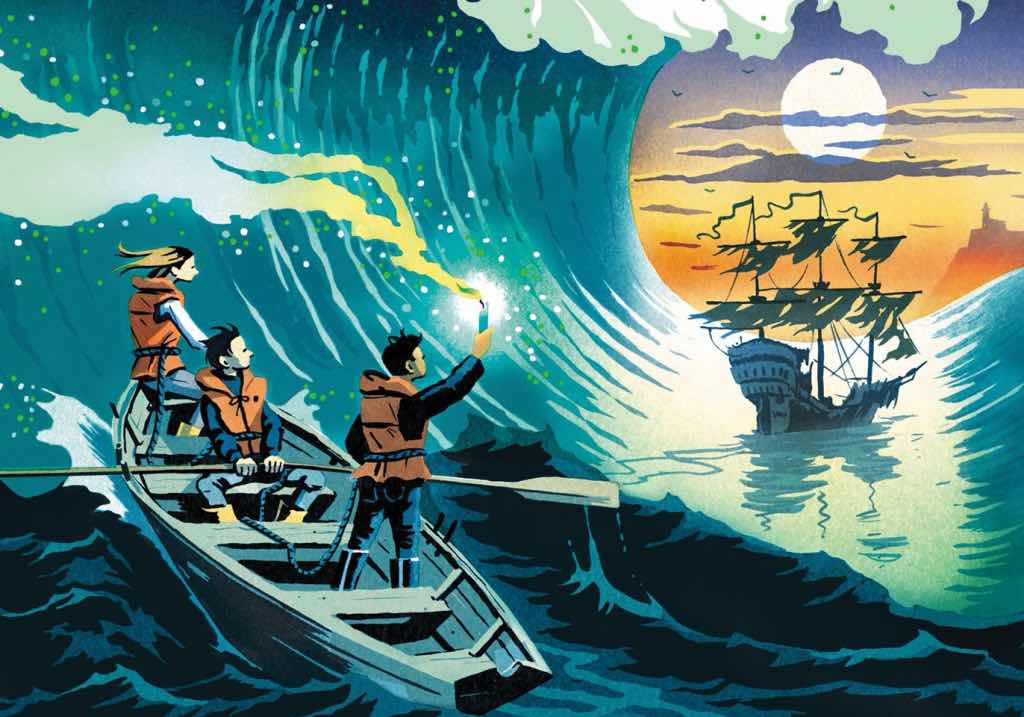