Every now and then I find myself reading a children's or YA book which does not really fit in at all with the fantasy theme of my blog but which is sufficiently remarkable to make me wish to record and recommend it. So here is another clutch of these outstanding 'misfits'. 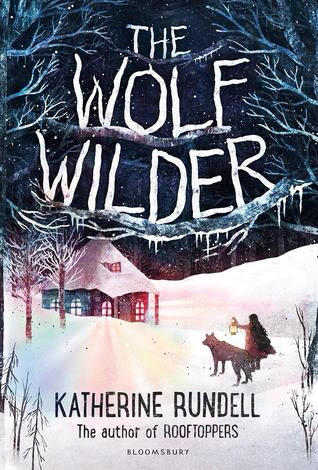 I much admired, and greatly enjoyed, Katherine Rundell's compelling and original Rooftoppers. The Wolf Wilder is a very different, but no less wonderful, book.
It has many outstanding features. One that it does share with its predecessor is a splendidly gutsy and strongly drawn girl protagonist. Here Feo, who shares with her mother the very special role of 'wolf wilder', is no fragile flower. Her body is sturdy and scarred, her hair is wayward, her clothes are dirty and stink of wolf and she reportedly hugs with the strength of one too. Her determination and courage are formidable, but her considerable internal beauty also shines through like a beacon. She is a human being to die for. Also characterfully drawn are her two principal companions. Whilst one, Alexei, is in embryo a committed revolutionary fighter, the other, Ilya, is a boy soldier who would rather be a ballet dancer instead. Ilya, however, has considerable courage and loyal strength of his own and, whilst he may have something of Billy Elliot in his conception, it is nevertheless most valuable to have another role model for artistically-aspiring boys so tellingly portrayed in quality literature.
The Wolf Wilder in an engrossing and exciting adventure too, the tale of Feo's gruelling treck through the hardships of a Russian winter to find and rescue her wrongly arrested mother. It also has an uber villain, a megalomaniac general in the nominal service of an ineffectual Tzar. This context gives everything much deeper and resonant meaning. Whilst it is, in itself, a story of much needed popular resistance to oppression in pre-revolutionary Russia, it also resonates with so many situations in the world, past and present, where ordinary people need to stand up against mindlessly cruel tyranny, be this on a large or on a small scale.
Woven into all this is one of the most sure-fire winners of literature, the exploration of a deep relationship between a human being and particular, special animals. In this book Feo's bond with her, almost wild, wolves is as remarkable as it is profound. However it is never sentimental. Feo's wolves claw her, piss on her, sometimes ignore her. Yet the bond between them is deep, real, compelling and sometimes heart-rending. The Wolf Wilder is everything that an animal story can be - and so much more.
Over and above all these, however, the real triumph of this book is the consummate skill with which it is written. Its language is elegantly simple. It is never verbose but always thrillingly apt and magically evocative. Its frequent images are rich and often startlingly original, sometimes breathtaking in their insightful evocation of mood and moment. The descriptions are so tellingly vivid that, as a reader you share every moment. It seems almost impossible, for example, to read of Feo's struggling through the 'blind cold' of the worst of Russian winter without stopping to blink the frost from your own eyelashes, or to witness Ilya dancing in a campfire clearing without feeling the lift of your own wild jeté.
This makes The Wolf Wilder a very special book indeed. It is one that I am sure will be read, enjoyed and revered for many years to come. As Katherine Rundell's Feo says, 'It's book gold. It lasts a long time.'
Incidentally the UK hardback edition is itself a physically beautiful volume. Its fine production values are much enhanced by Gerlev Ongbico's wonderful illustrations. These capture the book's mood perfectly and speak eloquently of Russia, of the snow, and, of course, of wolves. More glisten to the gold. 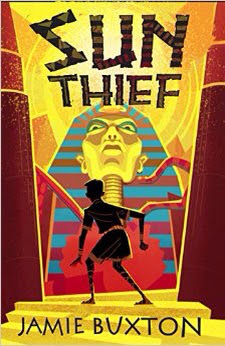 I have been enthralled by Ancien Egypt ever since I did a project on Tutankhamen in primary school. However I know of very little high quality children's fiction set in that fascinating historical context. Of course there have been fantasies and time slips involving modern children going back to Ancient Egypt or featuring Egyptian gods, 'mummies' and the like intruding into our own world, but that's not the same. Very few writers have successfully recreated the actual history of the period as a background to children's fiction. Perhaps this stems from the difficulty of creating characters who are engaging and understandable to a contemporary children's audience yet do not think, talk or behave in ways jarringly anachronistic for such a remote and alien culture.

It is enormously to the credit of Jamie Buxton that he achieves exactly that. It is even more remarkable that he does so through the first person narrative voice of an Ancient Egyptian boy. His protagonist is lively, likeable, and often funny, but still largely credible as living in the Egypt of the pharaohs. He does think and act in a way consistent with the period, at least allowing for the imaginative interpretation of any historical fiction, yet is still someone with whom the contemporary child can easily identify and empathise. The author's chosen background period too, the turbulent reign of the strange and 'heretic' pharaoh, Akenaten, contains much historical accuracy combined with recreation based on reputable academic theory and speculation. Of course the actual adventure is somewhat less likely, but not altogether incongruous. It is also exciting and involving. The secondary characters are often most interestingly three-dimensional too, including the pharoh's daughter, Mekataten, as well as Akenaten himself and his wife Nefertiti. This is a romp, but an intelligent romp. Beneath its high adrenaline shenanigans the book has some worthwhile ideas to explore and some valuable things to say, not least about the true meaning of freedom. All of these combine to make Sun Thief an impressive piece of writing and a most enjoyable read. This is ancient history brought excitingly alive for contemporary children without it being turned totally into modern tosh.

Posted with Blogsy
Posted by Gordon Askew at 08:28