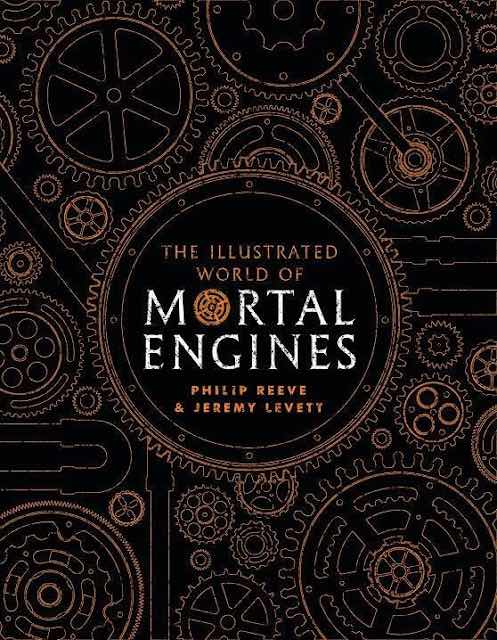 Treat for fans
The 1st November was a red letter day for fans of Philip Reeve's Mortal Engines, of which I am but one of a huge number. It marked the publication of The Illustrated World of Mortal Engines, a sumptuous supplement to the original sequence.
This book is certainly one for those who are already immersed in the world of the novels. The text, produced by Philip Reeve in collaboration with writer Jeremy Levett, is not a continuous narrative, but a sequence of snippets filling in background information and additional detail about places, characters and events from the books. As such they are, however, fascinating. The highly inventive naming of people, places and things has always been one of the many highlights of the books. This particular delight is well built upon here and the verbal vignettes are both entertaining and informative, often wittily amusing but revelatory too. Whilst their considerable attraction attraction will be essentially for aficionados, perhaps they will attract and whet the appetites of newcomers too. I do hope so.
Illustrated world
However, for me, and I suspect many others, there is an even greater pleasure to be found in this volume, its plethora of wonderful illustrations by a range of highly talented fantasy artists. It provides truly breathtaking images of the world Philip Reeve created, from Aedel Fakhrie, Ian McQue, Maxime Plasse, Rob Turpin, Philip Varbanov, David Wyatt and Amir Zand.
The range of these artists' envisioning is as diverse as it is fascinating. Their images delightfully add to the what we have so far pictured only in our own heads, and, since the visual imagination of so many of these illustrations far outstrips our own, they constitute a considerable and most valuable enrichment. That they do it in so many individual, but equally valid, ways only adds further to their collective effectiveness.
Amongst my own particular favourites are Philip Varbanov's amazingly intricate line diagrams of the traction cities. His contributions to the development of 'London', near the start of this volume, is especially engaging and gives a strong feeling of credible history to Philip Reeve's world. Similarly,  the maps from Maxime Plasse help relate its  post-apocalyptic geography chillingly closely to our own. David Wyatt and Amir Zand both add strongly coloured and  dramatic images too. For me, however, the most mind-blowing illustrations of all remain the double-page spreads by Ian McQue, also used for the covers of the most recent paperback editions.
And a movie still to come
I am sure that the forthcoming major film, based on the first book, will engender many more fans of the Mortal Engines world. I only hope that it will also encourage more young people to read for themselves the whole sequence of books, which are amongst the very finest examples of children's speculative fiction to have been penned for many a year*. 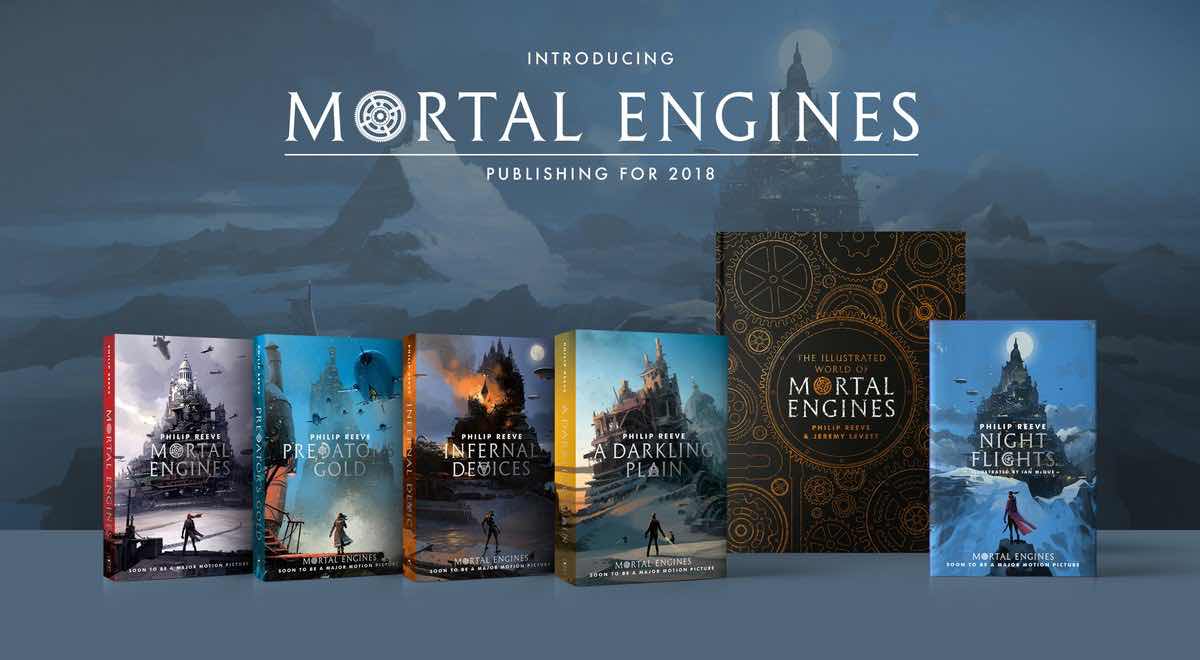