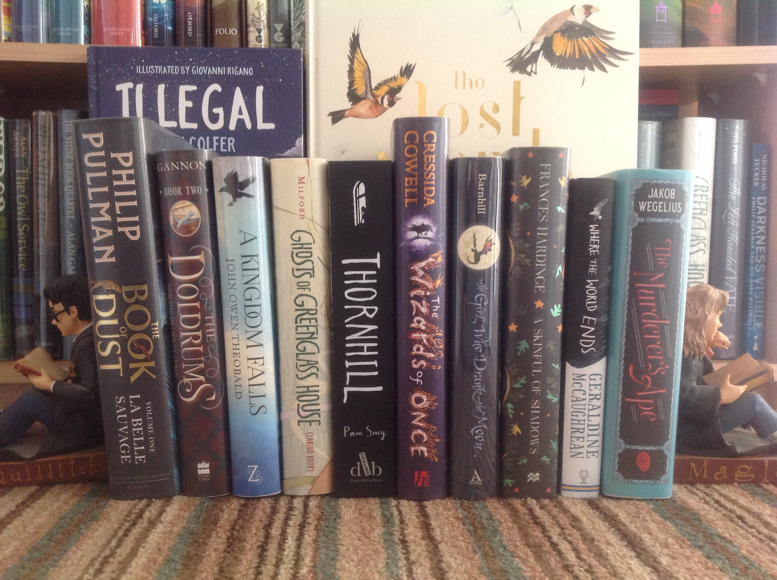 I have spent another year seeking out the best of  contemporary children's fantasies, as well as allowing my reading to sometimes broaden into titles that are more 'imaginative fiction'  than fantasy per se. I also sometimes include books for older children and young adults, although I avoid  'teen romantic fantasies'. They are not really my personal bag. Each to his or her own.
This has certainly been an interesting reading year, as well as a very exciting one. Not all heavily promoted or popular books have turned out to be as good as might have been hoped, although some certainly have. In contrast, there have been fine books that have arrived comparatively quietly. It has also been a year with a remarkable number of examples of great authors who have stunningly illustrated their own novels.
Of course I much enjoyed and admired all the books I have posted about this year, I would not have written about them otherwise. There were particularly exciting conclusions to fine children's fantasy sequences from Abi Elphinstone, Matt Griffin and Jonathan Stroud, as well as a wonderful prequel to N. D. Wilson's 100 Cupboards. The year also brought quite a few Book 1s and/or Book 2s in (so far) brilliant sequences: most notably those by Sebastien de Castell, Dave Rudden and (for the younger end) Peter Bunzl and Jennifer Bell.  I shall await their concluding  books eagerly, and they could well be strong contenders for next year's list. Meanwhile I recommend any who don't yet know their developing sequences to catch up in readiness for the impending finales.
However, these are the titles  I consider to be the finest of all from my 2017 reads. I am sure I will have missed reading other fine books, but will hope to catch up with them eventually. A great book cannot hide for ever. I did try to keep my final list a little shorter than this, but, in the end, there were none of these outstanding titles that I could bear to leave off.
So, here are the titles  I consider to be the finest of all from my 2017 reads, as they say, in no particular order. They are an eclectic selection, but each in its own way, exemplifying writing of the highest order - as well as being hugely enjoyable. Most, but not quite all, are at least broadly 'fantasy'; all are bursting with originality and imagination. 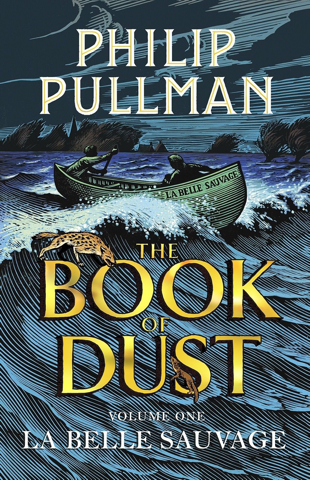 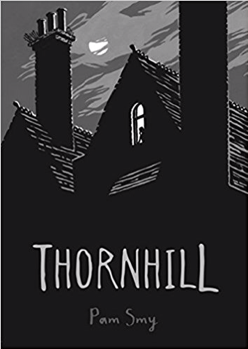 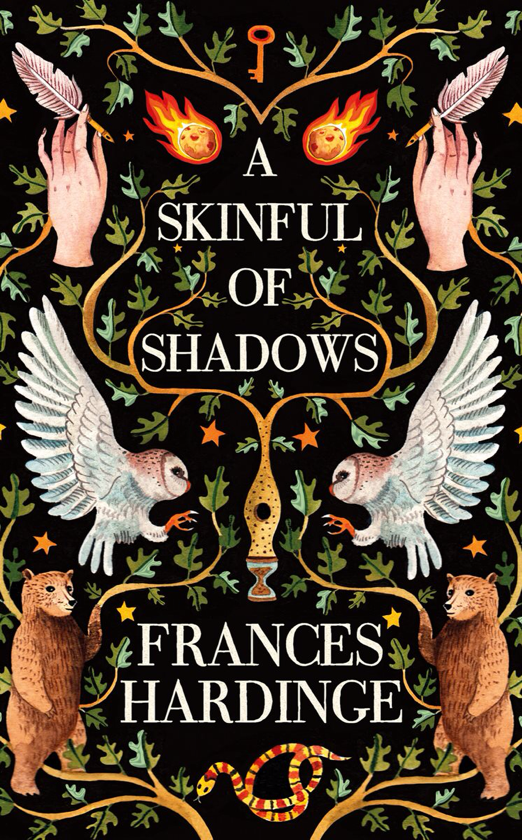 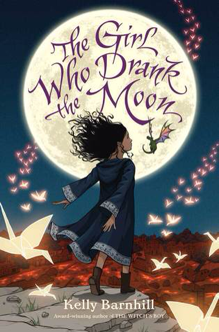 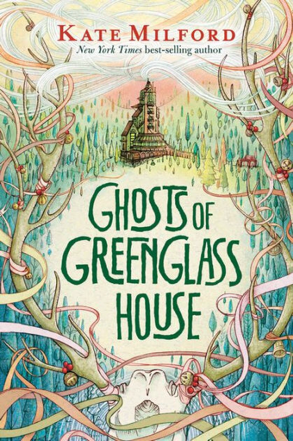 La Belle Sauvage (The Book of Dust 1) by Philip Pullman
This is almost certainly my most predictable choice, yet it simply has to be here. It fully meets its massive pre-publication expectations. It is undoubtedly a great book from a great writer, rich and  resonant on so many levels. (Full review October.)
Thornhill by Pam Smy
This book stands beside those of US author Brian Selznick in pioneering a most exciting new format for children's fiction, alternating text with sections of wholly graphic narrative. It is a superb example of both forms of storytelling and adds up to a highly original and moving novel. Far more than just a ghost story, it is another seriously important contribution to children's literature. (Full review August.)
A Skinful of Shadows by Frances Hardinge
A YA author possessing a most original and idyosincratic imagination, combined with sparkling mastery of language, Frances Hardinge has produced another gem of a book. It is dark and disturbing but completely enthralling too. (Full review October.)
The Girl Who Drank the Moon by Kelly Barnhill
This MG book was published in The States last year, but since it has only recently come out in UK, as a paperback, I feel justified in including it in my 2017 picks. This is the best yet from a fine writer. Kelly Barnhill takes elements from traditional tales and reworks them into a completely new 'fairy story',  rich, poetic, funny and thoughtful. (Full review January.)
The Ghosts of Greenglass House by Kate Milford
The new sequel to the popular Greenglass House is not only captivating in itself but adds significantly to an interrelated body of work from this US author which I consider to be one of the major highlights of contemporary children's literature. (Full review November.) 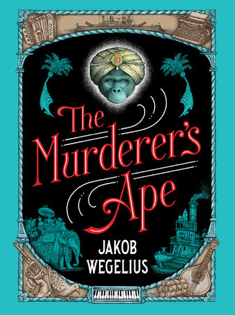 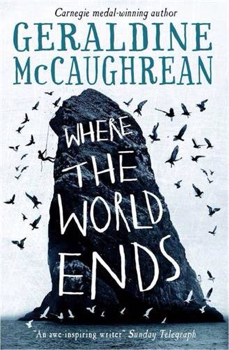 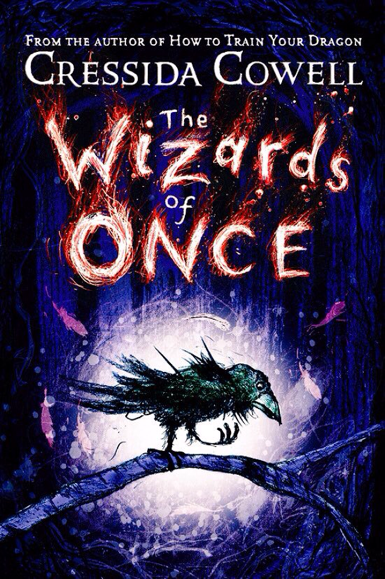 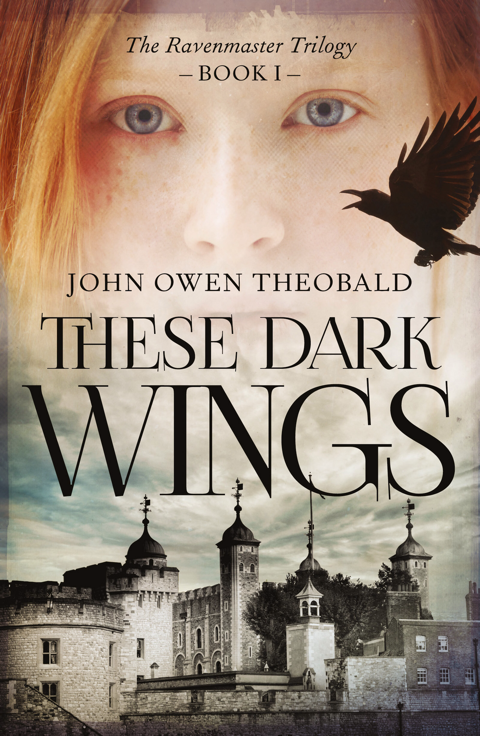 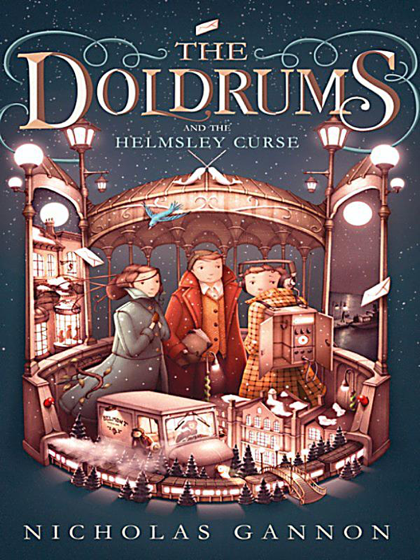 The Murderer's Ape by Jakob Wegelius
With sure fire appeal for a wide range of readers, this quirkily charming,  and very 'European', novel is one of the best examples of enjoyable, old fashioned storytelling that you could find. It is beautiful  book that is magnificently illustrated by its author too. (Full review September.)
Where the World Ends by Geraldine McCaughrean
One of our true greats of contemporary children's fiction has produced a novel for older children/teens that pours vivid imagining into an existing embryo of  'real-life' story, to produce a historical tale of men and boys stranded on a tiny sea stack in the Outer Hebrides. It is as gripping and affecting as anything I have read for a very long time, although is decidedly not for the squeamish. (Full review September.)
The Wizards of Once by Cressida Caldwell
This fresh and funny new children's fantasy from the wonderfully talented guru of 'dragon training' is a triumph; hugely entertaining, and a great deal more besides. It is brilliantly illustrated by the author too.  Magic in every sense. (Full review September.)
The Ravenmaster Trilogy by John Owen Theobald
Far more straight historical fiction than anything else here, this young people's trilogy is one of my most gripping reads of the year. Its recreation of the experience of growing up through WWII from the perspective of a girl whose home isThe Tower of London is inspired, and its writing is graphic, sensitive, involving and deeply affecting. Rebel girls should not miss it, nor boys who want to be understand them. (Full review December.)
The Doldrums and the Helmsley Curse by Nicholas Gannon
This book almost didn't make it onto this year's list, not because of any doubt about its quality (it is actually one of my top favourites) but simply because I have only just finished reading it. But when a book is such a total joy as this one, it just couldn't miss being a Book of the Year. This is another novel quite breathtakingly illustrated by its own author. Delightfully eccentric and completely brilliant. (Full review to follow very soon.)
And finally, two books that fall well outside my (self-appointed) fantasy remit, but that I can't help but passionately recommend anyway. 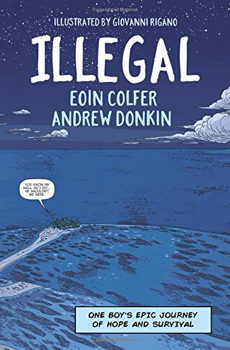 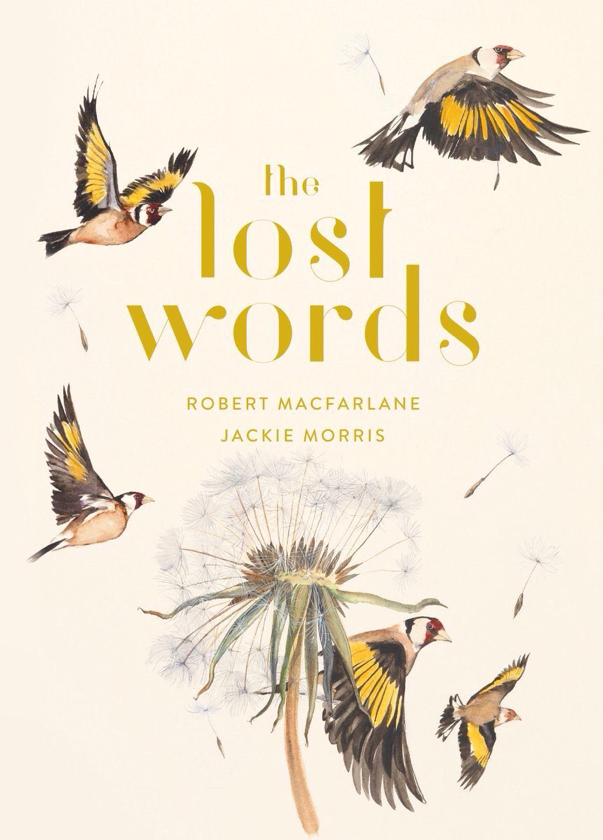 Illegal by Eoin Colfer and Andrew Donkin
For me, this book, has to be here for two reasons. Firstly it is an outstanding example of an important format that is sadly undervalued by many parents and teachers, the graphic novel. But even more importantly, it carries a hope of giving children understanding and empathy that could help to combat the ignorance, prejudice and jingoism sadly so rife in our societies. (Full review October.)
The Lost Words by Robert Macfarlane and Jackie Morris
Although this is neither fantasy nor even a novel, it is simply the most breathtakingly beautiful children's book of this (or many) years, in both its pictures and its words, and its ambition to reconnect children with nature is vitally important. (Full review October.)
Note (Christmas Reading):
I know some people like to read at Christmas books that are set at Christmas. Ghosts of Greenglass House fits this criterion quite magically, as indeed does Greenglass House, the book to which Ghosts of . . . is the sequel.
Posted by Gordon Askew at 07:35