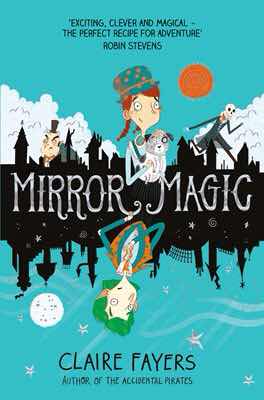 Here is another recent and very welcome book that I think many children will enjoy enormously. It will entertain, amuse and intrigue them as well as exciting their imaginations, all of which are wonderful things. We very much need books like this that both get and keep children reading for pleasure.
Magical
The story's nominal Victorian setting is not completely convincing, historically speaking, but it does not need to be for this is  pure, whimsical fantasy, rather than a tale authentically rooted in particular time or place. Nor does it even matter that the rationale for its two mirror-linked worlds, one human and one of 'Fair (fairy) Folk', is not particularly logical. We are, here, well into 'willing suspension of disbelief' territory. However, the book does fully deserve to be called 'magic fantasy' and that is a big plus for me.  At a time when so much  of the most popular children's reading centres on humour, often from big name and 'celebrity' authors, magic and adventure provide a much needed balance. We know many children revel in silly humour, and there is nothing wrong in that,  but it is good for them to sometimes have food for  their wilder imagination too. In Claire Fayers story,  the possibility of magic, and even magical people, leaking from another world into ours, is  the very stuff of children's fantasy - and sometimes children need to discover the magic in themselves, defeat evil and save the world, albeit vicariously and from the safety of a book.
Colourful
Where Mirror Magic scores highly is in the  quality of its writing, the originality and liveliness of its invention and the cleverness of its plot building. These attributes lift it well above the level of many of the offerings currently piled high on the tables of high street stores.
Although if its cast of characters is relatively standard - likeable children pitted against somewhat grotesque caricatures of villains - the inhabitants of its two worlds are drawn with admirable colourfulness. The tale  is enlivened, too, by the addition of a wonderful 'talking' book. Very much a character in its own right, and with, it has to be said, considerable 'attitude', the book initially provides a header for each chapter but later becomes more directly involved in the story itself. Its often sarcastic, dry humour, not to mention its arrogant self-importance, makes it a gem of invention. Its recurrent intrusion adds a great deal of amusing entertainment to the tale, as well engendering tingling trepidation through predictions that are dolefully doom-laden.
The author's use of language is always skilfully controlled in service of the narrative. It is unpretentious in ways that render it readily accessible to its young audience, whilst still vividly communicating character, setting and action. Particularly notable is the strong evocation of sensory experience, particularly that of an olfactory nature. This story smells of magic in a way that greatly enhances its imaginative hold.
Engaging
Above everything, Mirror Magic is a well told story. Compelling questions keep the pages turning: Why does everyone think, Lord Skinner, the powerful town patriarch, is such a 'fine gentleman'? What strange magical connection exists between protagonist Ava and her 'fairy' friend Howell? Why have so many magical mirrors, the doorways between the two worlds, ceased to work? These and more intrigues keep the narrative working powerfully as a mystery. But there is excitement and adventure aplenty too, as well as many laughs and a good few scares and surprises. It may not be a book offering high literary experiences, or deeply meaningful insights, but it is is a rattling good children's read, celebrating admirable qualities of resourcefulness, resilience and loyal friendship - and with more than a little magic. 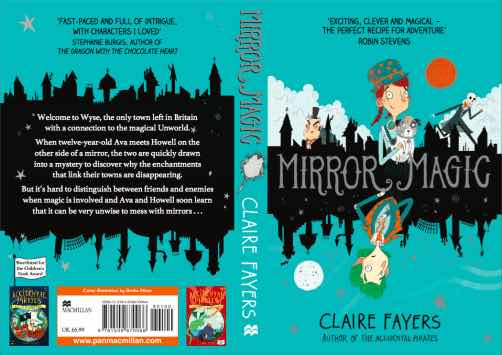