The Legend of Sally Jones by Jakob Wegelius 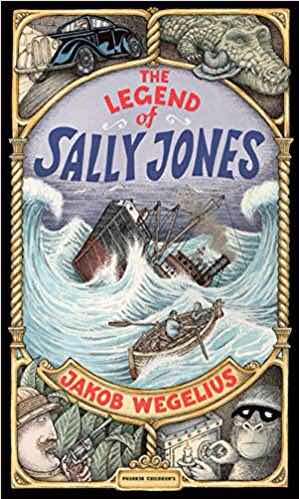 Those many who, like me, are already captivated by Jakob Wegelius's uber-charming gorilla, Sally Jones, will not be able to resist this ravishing supplement to her life. Any who have not yet read The Murderer's Ape* could well be tempted by this beguiling introduction to discover the novel itself. I do hope so, because it is one of the most enjoyable, and original, highlights of recent children's fiction.
This prequel to the novel itself has a somewhat different format, somewhere, perhaps, between a graphic novel and an older children's picture book. As such it does not provide the wondrously engrossing extended read of its 'big sister'. However it does fill in the back story of Sally Jones' life fascinatingly, including an explanation of how she got her somewhat surprising and incongruous name. Hers is, in fact, an early existence strewn with misfortune, as she is misled, betrayed, exploited and abused time after tragic time. Yet her story is ultimately a heart-warming, rather than as a heart-rending, one . Sally Jones is emotionally vulnerable in ways that will resonate with many of her readers, but she is also intelligent and resourceful; above all she is a survivor, and we ultimately rejoice in the real and lasting friendship which supports her through everything.
What The Legend of Sally Jones lacks in the narrative detail of The Murderer's Ape, it fully makes up for in one glorious respect, its copious illustration. Whilst the longer novel beguiled us with scattered examples of Jakob Wegelius' arresting and idiosyncratic art work, this book glows with it on every single page, in ravishing pastel colour. His pictures can be amusing, intriguing, touching or beautiful. They are often all of these at the same time, altogether a delight. The different page layouts are most attractive too. If the other book is a testament to the glories of the author's enthralling storytelling , as it indeed is, then this one is a peon to the wonders of his imaginative image-making.
Neither are to be missed at any price. Sally Jones is an ape well worth getting to know, verbally and visually. She will enrich the lives of countless children (and I suspect adults too) for many years to come. 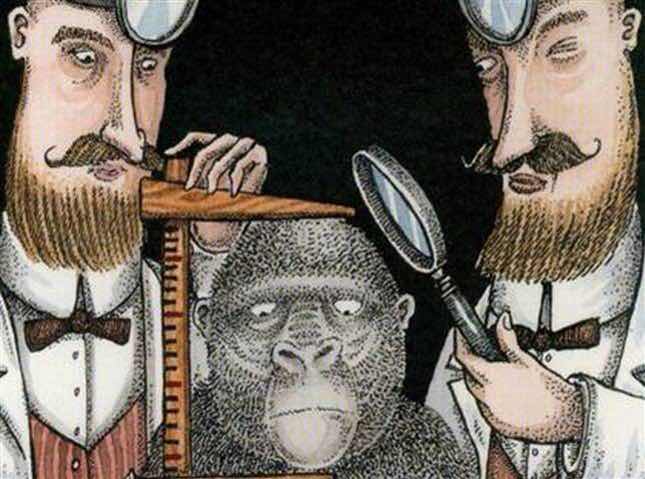