The Infinite Lives of Maisie Day by Christopher Edge 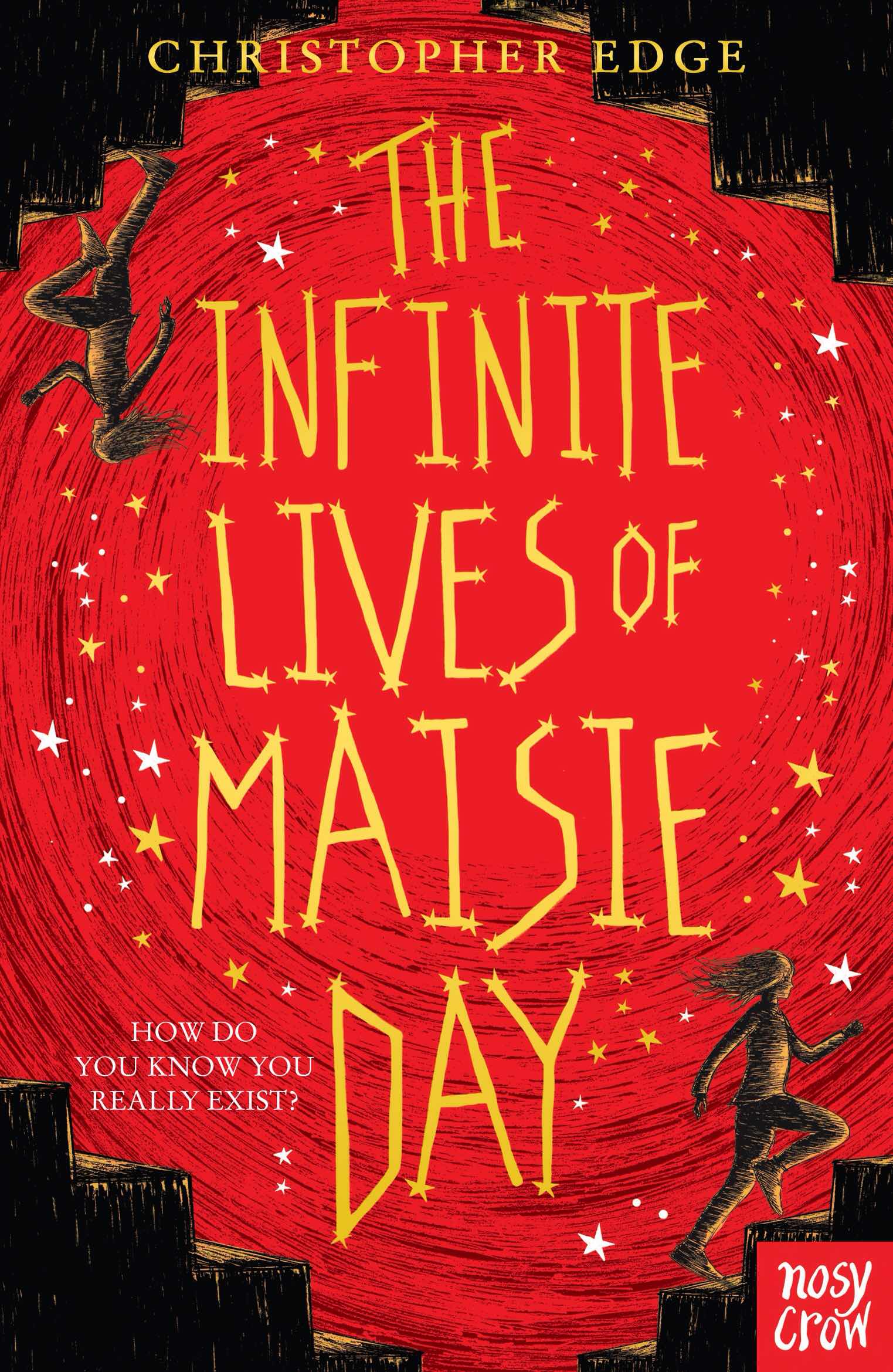 'I don't know what's really real, but then nobody does. All I know is I'm ten years old and . . . '
As strange as fiction
I have been a big fan of Christopher Edge ever since his hugely entertaining Victorian 'melodrama' series about PennyDreadful*, to me even better children's historical thrillers than the Sally Lockhart tales from Philip Pullman.
However he really hit his full stride and established himself as one of our finest and most important contemporary children's writers when he moved his focus from history to science for the stunning The Many Worlds of Albie Bright (see my review from April '17) and then the equally impressive The Jamie Drake Equation.
He has now followed  these, indeed possibly surpassed them, in the devastating The Infinite Lives of Maisie Day.
Much of the the theorising of recent science, especially in the fields of astrophysics and quantum mechanics, is deeply, if disturbingly, fascinating. In dealing with the infinitesimally small and the infinitely vast (if these are indeed different) they propose concepts that are nothing short of mind-blowing; throwing  to the winds many of the understandings, and indeed perceptions, that we have taken to be 'reality'. Their  empirical and calculation-based theories legitimise understanding that exists only in the speculative imagination. They draw together science and fantasy to a point where they almost seem to merge.
Unsurprisingly then, a number of writers have tried to make these ideas accessible to children, either through the fictionalised presentation of information (so-called 'faction') or by incorporating them into fiction proper. However, few, if any, have been as successful at it as Christopher Edge. This is in no small part because he brings two writerly qualities to his obvious fascination with the science: a highly developed skill in storytelling and a remarkable ability to capture the thoughts and feelings of children realistically (and movingly). 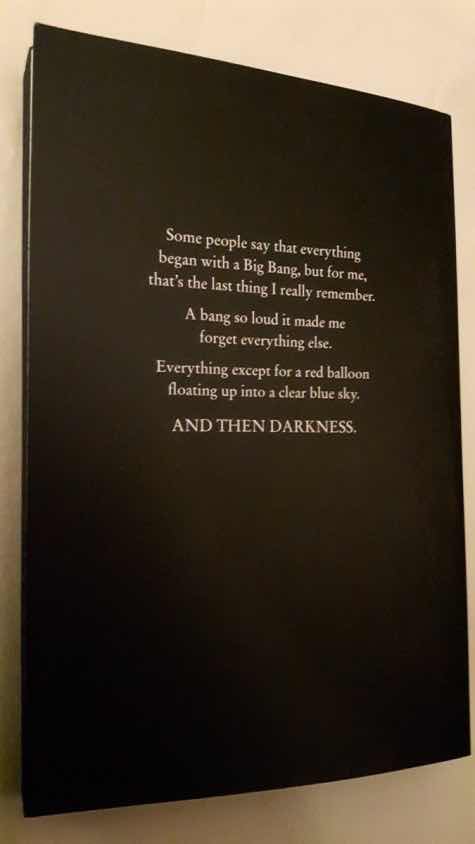 Reality check - big time
Besides many profound ideas, Albi Bright is laced with delightful humour. Jamie Drake involves elements of SciFi. Maisie Day, in contrast, majors on what might best be called human drama - and very intense, often terrifying drama it is too. At the heart of this book is a sensitive and moving exploration of the relationship between siblings; its rivalries and jealousies, its loyalties and its love. Under, above and, indeed through this, though, is a deep and often disturbing exploration of what reality might be and mean, and an examination of the science that brings into question our narrow and often automatic assumptions about what is and isn't real. Here are the Big Bang and Black Holes, infinity and the Möbius loop, Escher's art and the virtual worlds of computer gaming. It is powerful stuff indeed.
And all is quite magically interwoven in Christopher Edge's skilful story structure. Initially feeling like a double narrative, suggesting perhaps that the same day is playing out in contrasting 'parallel worlds', the two strands become increasingly entwined in ways that are richly intriguing. Strangely, the unfolding picture is simultaneously mystifying and illuminating. Scientific explanations never feel didactic because of the clever way they are integrated into the storyline. It is a comparatively short book. eminently readable, yet at times almost poetic in its condensation, the intensity of its emotions and the potency of its images. I am generally not a fan of present tense narrative, but there are exceptions, and this is one. Here the essential 'in the moment' nature of protagonist Maisie's different experiences are perfectly caught, and tellingly contrasted. Form and content are ideally matched and it is hard to conceive it working as well were it narrated in any other way. You experience everything with Maisie as it happens. But what you (and Maisie) see may very well not be what you get.
A winning formula
Christopher Edge's recent book seems to hang on that very cusp where fiction meets physics, to inhabit the ground where imagination and theorising blend. It deals in metaphor as much as it does in knowledge, in 'subjective' experience as much as in empiricism, in perceptions not certainties - and even they may be deceptive. Thus it  epitomises quite beautifully the reality/unreality enigma upon which it draws. Like the science itself it does not really provide answers. But it will help many children to seek and to question, to ponder and to wonder, to imagine .  And is that not an important part of what fiction is for?
Christopher Edge's books have now been nominated for major awards on several occasions. Come on. Get real. It's high time he won one of the big ones. 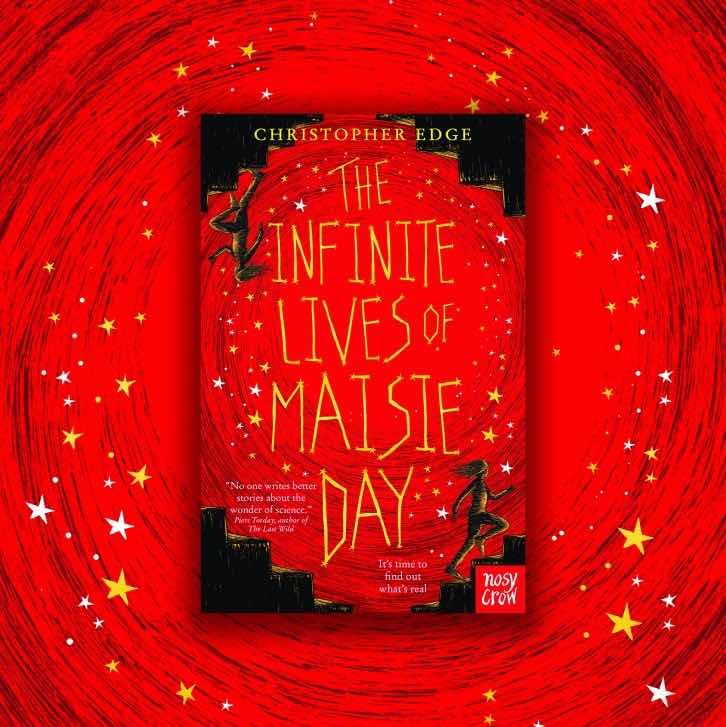 *Twelve Minutes to Midnight, Shadows on the Silver Screen and The Black Crow Conspiracy.
Posted by Gordon Askew at 09:21 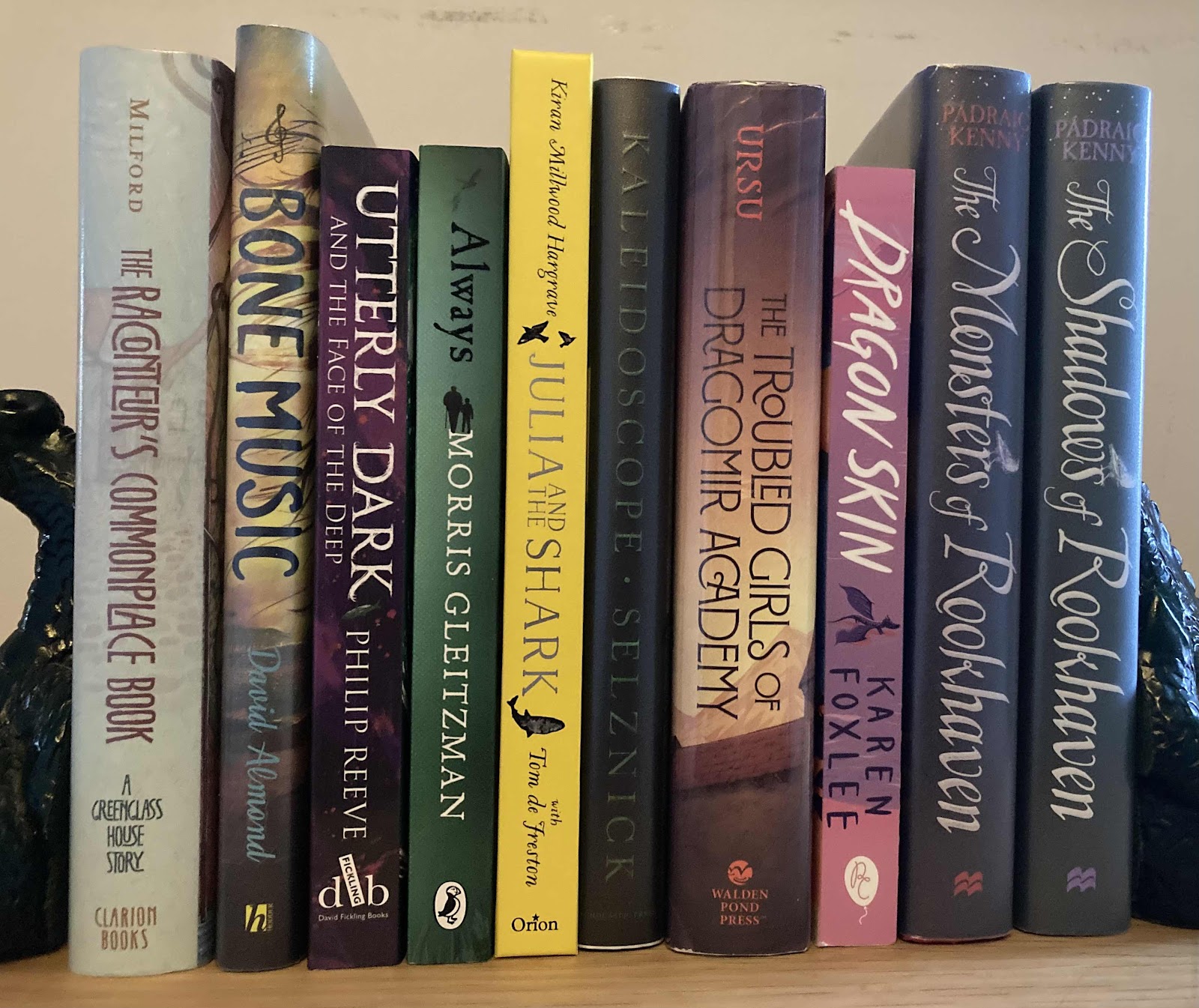