The Lotterys Plus One by Emma Donoghue 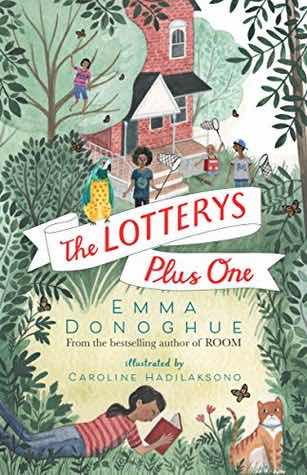 'Normal, boremal. Peculiar's coolier.' (p 3)
Difference is good
Here is a very different book from ones I have reviewed recently, but it is occasionally good to have a reading break from the intense dramas like The Endless King (previous post), and this comparatively gentle book is warmly recommendable for other reasons
The Lotterys Plus One, the first novel for children by the author of Room, will be valued by the enlightened liberal-minded as implicit and explicit  reinforcement of many important principles of freedom, equality and inclusion. However I think it may also prove a challenge to some parents and teachers, because of the lifestyle it portrays. Despite this (indeed, because of it) it is an important and welcome book, since it could well help towards ensuring that a younger generation do not grow up with the same fears and prejudices as some of their elders. I sincerely hope it will not be denied to them.
Quite a family
This book is essentially a tale about a particular family. The Lotterys may be unconventional, chaotic, even somewhat anarchic, but they are bright and sparky, with lively banter, wordplay and 'in' jokes a continual descant to their everyday activities. To some degree they are reminiscent of the Brockmans in UK TV sitcom Outnumbered. There are just more of them. A lot more. Indeed, the sheer number in this fictional family, and their tendency to use terminology that is not only (to us)  transatlantic but also idyosincratic to the family, can mean the text is not always the easiest to follow  Consequently, this is probably a book for reasonably able young readers, who are quick on the uptake, and able to go with the flow of this somewhat eccentric but endearing household. However, the many who can, will be totally engaged and hugely entertained. A picture of the whole family, with names, is presented at the front of the book (rather an equivalent to the map in a fantasy novel) and this is very helpful in orientating the reader, particularly whilst still getting to know the various siblings.
Most importantly, though, The Lotterys is a peon to individuality, diversity and inclusion. The large family is co-parented by two same-sex couples and the largely adopted children represent a wide a mix of racial heritages. The personalities, interests and and talents of the family members are hugely diverse and individual too. Even more pertinent perhaps than their ethnic diversity, they represent 'neurodiversity ': 'brains not being the same as each other.' Yet clearly all are valued and loved for who they are, wonderful examples of children being supported to develop into whoever they want to be.  All of this gives such important messages to young readers. There is also much in the book that reinforces awareness of our environment, and the potential impact of lifestyle upon it, which is only slightly less important. 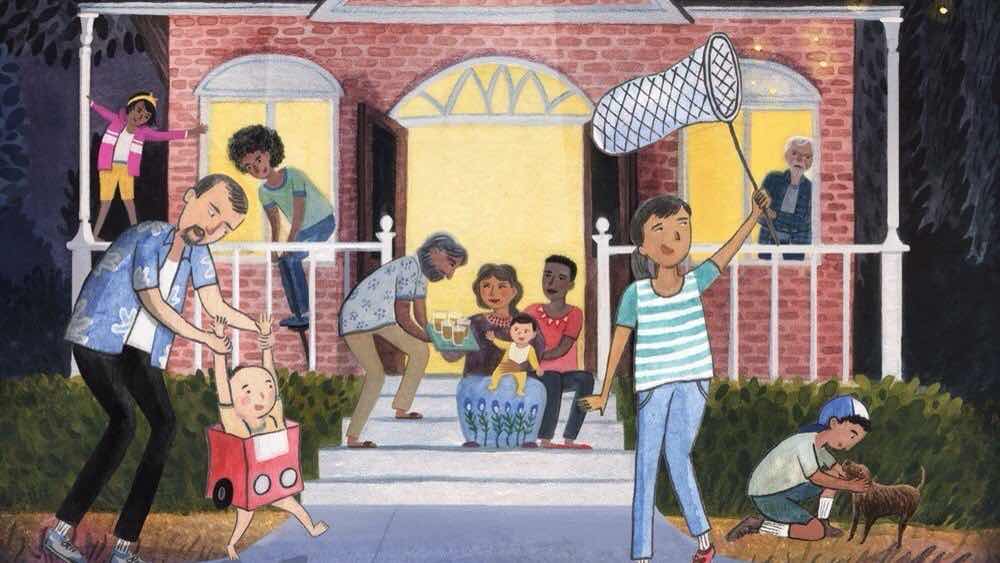 Grumpy Gramps
The introduction to the family home of a cantankerous grandfather ('Gramps' or, more often, 'Grumps') is a clever narrative device His presence continually highlights the negative effect on a would-be free and inclusive society of old-world reactionary thinking (of which there is, sadly, still a very great deal around*). Grumps coming to live with them has quite an impact on the daily lives of the Lotteries, and indeed it is the family's struggles to adapt to his presence which provides the book's main storyline. For this is no rollercoaster action adventure. It is simply a window into of the life of a family over a few weeks.  In this sense it could perhaps be considered a sort of update on The Family from One End Street, although The Lotterys is even more consistently domestic and familial in its narrative than Eve Garnett's classic.
Yet the comparative simplicity of this storytelling is deceptive. It is actually very involving as well as hugely entertaining. The present tense narrative (in an objective third person voice, as opposed to the currently trendy first person) is very effective. It gives us something of the feeling of  watching a video, a sort of fly-on-the-wall documentary, allowing us into many intimate and revealing moments of the family's life.  However,the fictional nature of the story also lets us share the thoughts and feelings of protagonist, nine year old Sumac. None of the Lotterys are perfect people of course, but their flaws and foibles  only serve to make them more endearing, none less so than Sumac herself. Her delightful nine-year-old character is quite beautifully conjured by Emma Donoghue. And at least the Lotterys all try to live lives according to their heart-felt principles, to 'walk the walk' as well as 'talk the talk'. That they actually succeed quite a lot of the time is even more remarkable. 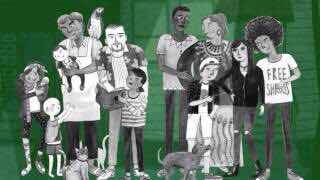 Opening up
It may be that some parents and teachers (or retired ones like me) have concerns about the model of home schooling' presented in the book. However, for me, this is far outweighed by its multiple positives. In any case we should welcome this and other potential controversies. Discussion points in children's books are a splendid thing, provided they are met with opportunity for open and honest exchange. Children should not be patronised.They are  perfectly capable of making up their own minds about issues. Our task is to help ensure they have sufficient balanced evidence upon which to base their opinions. The real danger is the rigid-minded self-righteousness that is the start of  prejudice, whatever its matter.
A new normal
The Lotterys Plus One is indeed a celebration of, 'Normal, boremal. Peculiar's coolier,' if we take 'normal' and 'peculiar' as understood by reactionary conservatism. However, in terms of human beings and their relationships, Emma Donoghue's book helps positively to expand our concept of the loving family, and our appreciation of individual worth. It shows us an alternative, and better, 'normal'. In  doing so it, perhaps, also provides a metaphor for how our own societies could better learn to rub along as a human family.  I wish.
The book is greatly enhanced by Caroline Hadilaksono's copious illustrations which beautifully capture both the diversity and exuberance of the Lottery family. All in all, it is rather special. 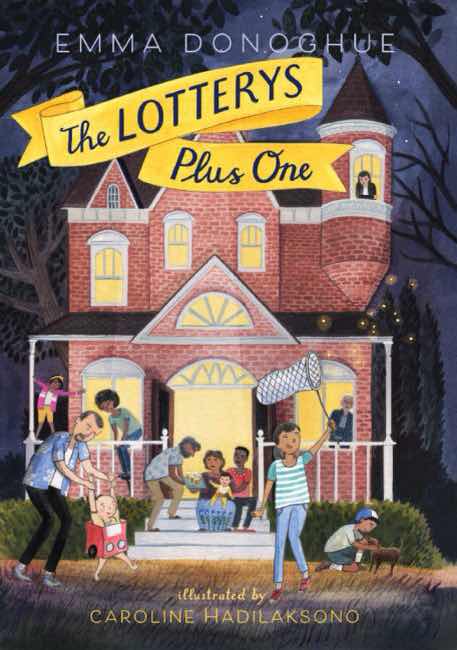 Note:
*As a grandfather myself, at the age and stage of a potential 'Grumps', this story was a timely rememinder to look for the huge positives in many things that 'weren't like that in my day'. In fact I had better start by embracing the glorious mess of 'baby-led weaning'. As soon as I've posted this I'm off to buy avocado, cucumber, yoghurt and broccoli as  'finger food' offerings for her impending visit. Oh, and a huge bib to catch the copious dribble. (We won't discuss who that's for.)
Posted by Gordon Askew at 08:25