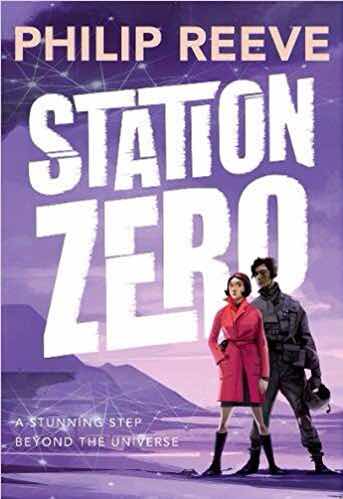 '"This isn't real. It's a virtual environment."
"Yes, but it's a real virtual environment."' (p 267)
Quotable quotes
Station Zero is described on its UK hardback cover as, 'A stunning step beyond the universe.' It is totally apt. However, if I were selecting a quote for the jacket, from the work itself, it would be the one above - enigmatic, psychedelic and perfectly capturing the essence of this wonderful book.
Traction cities
Philip Reeve's Mortal Engines sequence, built initially around the wild concept of mobile, predatory cities, is one of the finest works of children's speculative fiction from recent times. It is characterised by startlingly original and imaginative world-building coupled with characters who are complex, entertaining and completely engaging. He develops these through highly communicative language and intriguing plots that grip through multiple twists and turns. The end result is to create a bizarrely fantastic world and render it totally credible and utterly absorbing.
Engines of a different kind
In a very different context, and for, perhaps, a slightly older readership*, he has recaptured exactly these qualities in his most recent Railhead Trilogy, now concluded in Station Zero.  (See my reviews of the first two volumes from October '15 and November '16. )
If at the heart of Mortal Engines are traction cities, then central to the Railhead books is a vast network of sentient trains. These startling phenomena use mysterious 'K Gates' to travel  in seconds through vast distances of space, linking planets and galaxies into a connected universe of different worlds. This network underpins the complex politics and warring  behaviour of human dynasties across a vast Empire. Also to be found in Philip Reeve's creation are alien species, many most imaginatively conceived, as well as highly advanced androids,  called 'motoriks', some with realistic human personalities. It is indeed a 'world' of highly complex cyber-technology, underpinned by vast data sets which not only store information but can house cyber-copies of dead personalities and indeed an entire pantheon of 'data gods', known as the Guardians. All of of this is linked by the trains, with their esoteric language of trainsong. It is they who transport data from one world to another, maintaining a hyper-complex Web.
And behind everything, or perhaps above everything, hangs the spectre of the long-vanished Railmaker, creator of the network itself.  Is he a myth? A Ghost? A data-memory? Or could he be a reality?
The whole is a fantasy-fest of immense fascination . Only the very finest SF writers of the past have created speculative worlds of such originality and richness. 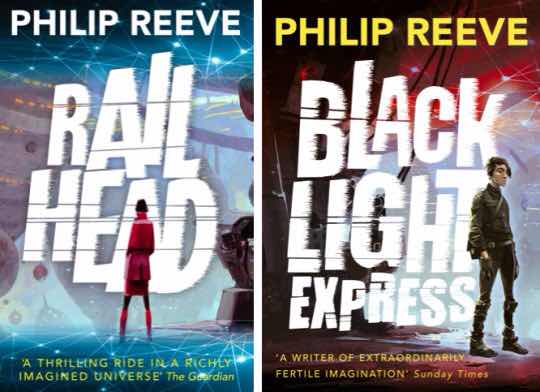 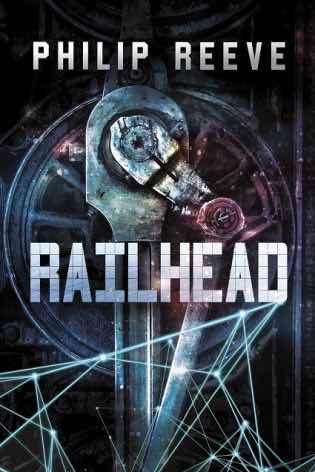 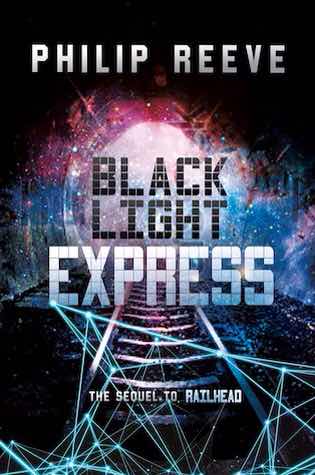 US editions
Note:
*Although this always very much depends on the reader.
Posted by Gordon Askew at 06:59